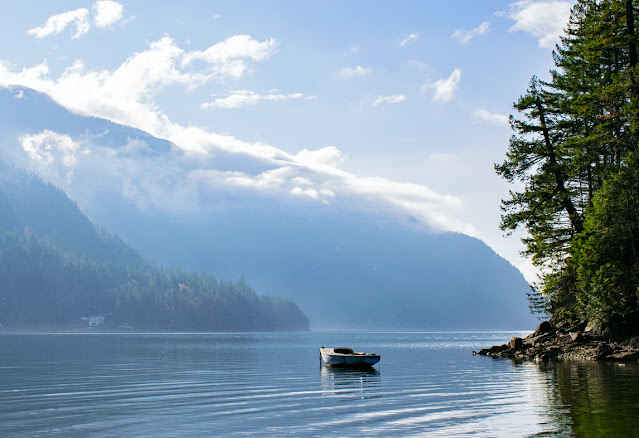 If you could only visit one part of Canada right now, then British Columbia should be it. It's a diverse province that really does have something for everyone, from amazing cities and remote islands, to diverse ecosystems and waterfalls.

The North of British Columbia is a less visited area of Canada, but it offers so much in the way of pure, unadulterated natural beauty; from its dense forests and stunning fjords, to its raging rivers, awesome peaks and abundance of fauna.

Vancouver Island offers one of the world's most divergent ecosystems on the planet. The Island houses rain forests, marshes, meadows, beaches, mountains, oceans and rivers and lakes, which create habitats for a multitude of wildlife, including black bears, cougars, wolves, elk and deer!

A quick trip across the Georgia Strait leads you to the Whistler mountain, which offers unbeatable skiing and snowboarding, the Sunshine Coast, and the world class city of Vancouver. View our enchanting and eclectic Vancouver Island and Georgia Strait itinerary for more information.

British Columbia is one of only a few destinations where you can experience a three hour whale watching boat trip! This amazing coastal excursion offers you the chance of spotting orcas, grey whales, porpoises, harbour seals and other incredible marine wildlife!

Explore British Columbia and the Rockies in comfort and style. Take the Rocky Mountaineer Train through the beautiful terrain of the Canadian Rocky Mountains, passing steep canyons and viewing the awe inspiring snow-capped peaks of the Rockies. You might even see a grizzly bear or two!

The south of Canada may have Niagara Falls, but British Columbia has the breath-taking Alexander Falls, Della Falls (one of the tallest waterfalls in Canada) and Bridal Veil Falls to name but a few!

Overlooked by the North Shore Mountains, Vancouver is a word-class city and port that is bursting with style, vibrancy, character and beauty. The city is filled with culture, including art galleries, and museums, restaurants, concert venues and night life.

When visiting, we suggest riding the tramway to the summit of Grouse Mountain or perhaps renting a bike to tour the incredible Stanley Park, which features beautiful beaches, wildlife, plus a 400-hectare rain forest.