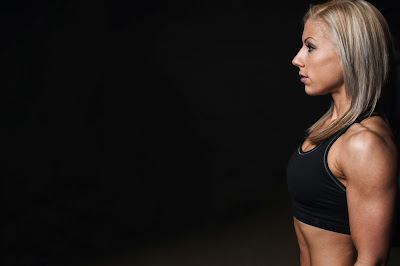 PCOS is a condition that has a strong impact on a woman's fertility, and affects between 5% to 10% of women of child bearing age. Because a woman's body doesn't produce enough eggs when she suffers from PCOS, it can cause infertility and contribute to difficulties in falling pregnant.

Most cases of PCOS are not genetic, but they are all related to hormonal abnormalities. The reason not enough eggs are produced is because of an excess of the androgen, or 'male' hormones. Both men and women have androgen hormones, but men have them in much greater quantities. This hormonal imbalance means that the cysts that are a normal part of producing eggs, do not grow. So a woman with PCOS has a lot of small cysts on her ovaries that do not mature to release their eggs. Normally, once this process happened, the cysts would go.

Another consequence of the higher levels of androgen hormones is the increased risk of obesity, heart disease, diabetes, as well as a likelihood of having more facial hair.

Interestingly, low carb diets such as the zone diet may help overweight women with PCOS. A recent study of 11 non diabetic, overweight women with PCOS who had an average age of 33 was conducted. The study compared a 'standard' diet with 56% carbohydrates and 16% protein, with a lower carb diet of 43% carbohydrate and 15% protein. The fat component of the lower carb diet was a lot higher than the standard diet, by 14%. This is higher than it would be in the Zone diet. The fat content of the low carb diet was almost evenly split between polyunsaturated fatty acids and monounsaturated fatty acids. The fat content of the standard diet was almost evenly split between the two types of fatty acids, but was slightly higher (by 3%) in the monounsaturated variety.

A third diet, one high in both carbohydrates and monounsaturated fatty acids, was also compared. The study participants only followed each diet for 16 days. They had a 3 week break between each diet, and tried all 3.

Because production of the androgen hormones are influenced by the presence of insulin, the researchers were interested in finding out whether a low carb diet could reduce the amount of insulin circulating in the body. They believed this would have an indirectly positive effect on PCOS.

The results of this study found that whilst hormones that were circulating weren't significantly affected by the lower carb diet, the women's cholesterol, fasting insulin levels, free fatty acids, and their response to insulin were positively affected. The fact that their response to insulin improved is an indicator of the possible benefit of a low carb diet to PCOS sufferers. And because the women only followed the diet for 16 days, this may be why their levels of circulating insulin were not more prominently affected.

The authors of the study state that: “Because elevated insulin is thought to contribute to the endocrine abnormalities in PCOS, a reduction in insulin would be expected to ultimately result in an improved endocrine profile."

They go on to say that these improvements indicate that using a low carb type diet, with a lower calorie intake, would probably benefit overweight women who suffer from PCOS.

Not all low carb diets are created equal however. The Atkins diet has been associated with an increased risk of heart problems for some, as well as being implicated in the hospitalization of others.

A 40 year old woman was hospitalized with very high levels of acids in her blood as a result of following the Atkins diet strictly for about a month. The release of acids in the blood, called ketosis, is an indicator of the 'success' of the Atkins diet, and is actually a result of the process of starving the body of certain nutrients beyond a threshold level. The nutrient being, of course, carbohydrates.

Carbohydrates are a source of energy for the body, the only source used by the brain. But when the body is deprived of carbohydrates after the threshold level, it will use alternate methods of metabolizing energy. It uses stored fats and protein, but this is not a very biologically efficient way of producing energy for the body. So, there are a lot of acidic metabolic products, called ketones. These are released into the bloodstream, to be excreted by the body.

In the case of this woman, these metabolic by products weren't excreted fast enough and built up in her bloodstream. She was vomiting 4 to 6 times a day. This build up of blood acids represented a dangerous situation and she was admitted to intensive care.

The Atkins Foundation responded that this woman must have had abnormal metabolic or clinical issues. But given that this woman, who was obese, is in a category at which the Atkins diet is marketed, there is a real cause for concern here. With obesity, there is a greater likelihood for both general medical problems, and metabolic problems. If an obese person did not have metabolic problems of one form or another, they would not be obese. Perhaps there were circumstances that were particular to this woman here, but until those potential dangers are understood more fully, this is a significant issue. It's ironic that a diet should be implied as not being suitable for anyone with metabolic issues, particularly if this diet is marketed as a 'way of life' - that is, recommended for long term use.