The United States and its lower health standards

In the United States, the health and wellness industry is a trillion dollar industry.  Citizens spend hard earned money to look good, perform sports, eat “healthy” and all other facets of the business.  We have personal trainers, nutrition coaches, private chefs, meal prep companies, mail order dinners, supplements, and even medical weight loss programs from your doctor.  Gyms are a plenty, YouTube videos by the thousands teaching you some simple way to lose body fat without equipment.  The point is, there are plenty of products and services available, yet the Unites States ranks in the top 10 for the unhealthiest countries in the world.  That’s right.  The United States spends more money on healthcare than almost any other country yet has one of the highest rates of obesity.

One of the causes may be that the Unites States has a lower standard of health.  Food quality. Manufacturers place so many miscellaneous chemicals and substances into the food products that you see on store shelves.  Mostly so they can stay on the shelf longer.  Spoiled food doesn’t sell.  Here are just a few examples: 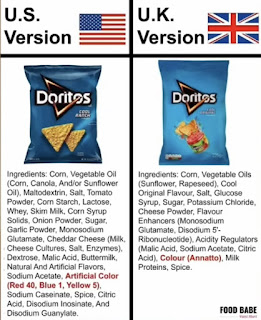 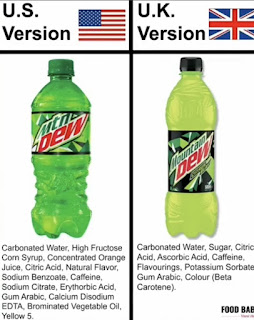 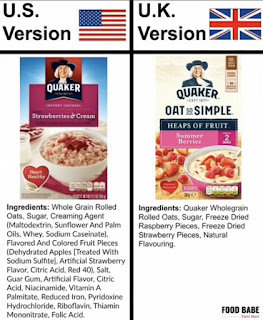 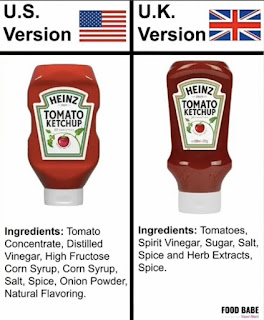 As you can see there are large amounts of ingredients in the US version than in that of the UK version.  The United States adds ingredients that are actually banned in other countries because we know it is unhealthy.  Food cost also plays a large part in the rate of obesity.  Its is cheaper to eat fast food than it is to have proper vegetables and quality, hormone free meat.  It is rather unsettling to see what the US is doing to its citizens.  Then again, when you have a for profit healthcare system, I guess it does pay to keep them sick.

You don’t have to eat perfect, just eat better.